Gerd Leonhard has written an excellent article on the impact of PRISM….. I don’t agree with allconclusions, but for sure hecover a lot of truth, what PRISM means for Cloud Computing and for the acceptance of US Government and the United States as leading democratic nation of the world.

A few quotes out of his email nnouncing the blog posting and the posting itself:

The unprecedented scope of surveillance … could very well become a game changer for cloud computing, the US-EU relationship, the entire technology and communications industry, all social networking and social media portals, and the nascent ‚Big Data‘ business models as well as most up-and-coming ‚Internet of Things‘ enterprises.

In my job I have been dealing with concerns of Europe-based companies on US Data Centres. Such concerns are now being confirmed. Even worse: With similar practises in the UK the trust in cloud-based solutions is not becoming higher. PRISM and similar surveillance programs will impact the deployment of cloud-based solutions – US Data Centres are now for sure a no-go – and raise the deployment of security and data privacy solutions dramatically.

Beyond pure technology PRISM has even worse impact on the future of the Internet and the potentially upcoming „Internet of Things“. It creates (again) a culture of mistrust, scepticism against technology (in particular terrible for my home country Germany) and Anti-Americanism, which will be leveraged by extremes forces from the left and right, from islamic extremists and many more, which may not really be driven democratic motives.

And the way, Obama and his government comment and react, doesn’t help either. The sentence „Yes we can“ gets a brandnew meaning. It is shocking (hopefully not only for an European), how less serious the Obama government takes this attack against personal freedom and data privacy! The United States pretend to defend personal freedom. Now the American politicians and citiziens are asked to behave like it.

Gerd Leonhard has written an excellent, not only personal summary:

The bottom line is this: … this blatant obsession with snooping and surveillance under the pretense of national security must stop, and soon – or else the rest of the world must re-consider all future involvement with those that sanction and engineer this Orwellian detour. A Benjamin Franklin quote comes to mind (perversely so): “They who can give up essential liberty to obtain a little temporary safety deserve neither liberty nor safety”

Ein Kommentar zu „Yes, they can PRISM us – The impact on Cloud, Trust, Data Privacy and our belief in Obama“

This site uses Akismet to reduce spam. Learn how your comment data is processed. 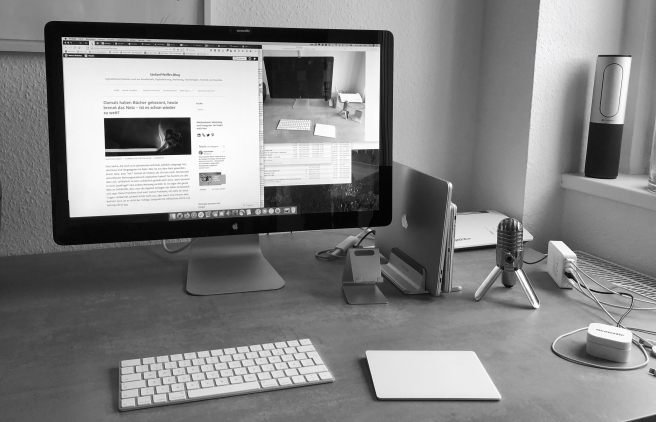